Did you know the sloping roof of the imperial palace in China was built to symbolize the emperor’s superiority? The massive triangular shape of the palace’s roof represented the hierarchy of China with the emperor at the top! In those times, roofs contained an array of decorations like gargoyles and animal statues to signify power and prestige.

Housing architecture has evolved considerably since then. Giant palaces and castles have given way to contemporary homes and neatly arranged neighborhoods. These days, there’s a vast array of roof designs, shapes, and styles that roofing contractors are ready to install on buildings. So, what are the most common roof designs?

Here’s a comprehensive breakdown of the various shapes and styles of modern roofs.

Image Alt-text: A house next to hills and a river

Imagine a roof that looks like a four-sided pyramid. That’s what a pyramid hip roof is! They’re often used for churches and add to the aesthetic appeal of quaint properties like countryside cottages.

Pyramid hip roofs feature an inward slope on all four sides which makes them highly resistant to wind damage and allows water from rain and melted snow to drain easily. In other words, pyramid hip roofs are perfect for homes located in mountainous or colder regions.

If you’ve ever driven by a barn, chances are you’ve seen a gambrel roof! The two sides that meet at the top of gambrel roofs are smaller and less steep, while the remaining two sides are steeper and larger. This design maximizes both the vertical and horizontal space of the structure underneath.

Gambrel roofs are a popular choice for barns where farmers must regularly stack high piles of hay. They’re also ideal for airplane hangars in the countryside because of their width.

Gable roofs are the most common roof design used in modern architecture. They’re made by placing two sections on top of a house like a tent. The sides that aren’t covered by the roof are called gables—and their pitch depends on the dimensions of the house. Wider houses feature larger and shallower roof sections with smaller gables, while houses that are taller and narrower feature steep roofs and bigger gables.

The versatile design of gable roofs makes them a popular choice for every type of home. Whether you’re looking for a roof for your mansion or pool shed, gable roofs are guaranteed to suit the structure’s aesthetic.

The absence of a ridge on clipped gable roofs assists strong winds to pass safely over the top of the house. This results in lower wind pressure on the house, making clipped gable roofs ideal for homes located in areas impacted by regular storms and hurricane warnings.

The window of a Dutch gable roof also keeps homes ventilated. This is especially useful for larger homes where stale air can stagnate easily.

Did you know large mansions have multiple rooms within the roof? These rooms stick out from the mansion’s roof and must therefore feature their own small roofs called dormer roofs. They look like a row of tiny houses sticking out of the mansion!

Dormer roofs are miniature versions of gable roofs. They’re typically designed to resemble regular gable roofs—but it’s also possible to shape them into Dutch or clipped gable roofs to match the rest of the home’s aesthetic.

If you’re looking for the most understated roof design, look no further than flat roofs! This design makes it look as though there’s no roof on top of the property. Flat roofs require zero tiles or shingles to be placed on the roof. In other words, they’re the most cost-effective roof type available.

Flat roofs are ideal for homeowners looking to convert their rooftop into an outdoor space to sit on. All you’ve got to do is bring up some outdoor tables and chairs to create the perfect rooftop haven. We’re thinking rooftop barbecues and late-night jamming sessions in the summer!

It’s common for people to mistake low-slope roofs for flat roofs. While flat roofs are completely flat, low-slope roofs feature a tiny slope that’s at least a quarter of an inch. This prevents water from pooling on the roof and damaging it.

Low-slope roofs are ideal for installing solar panel arrays in sunnier parts of the country. They’re also the most common type of roof design for apartments. 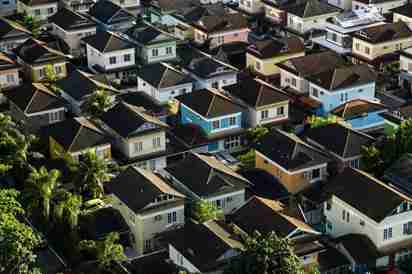 No matter what type of roof you choose to install, it’s vital to hire a professional roofing company for optimal results. At Certified Pro Roofing, we specialize in inspecting, installing, and repairing an array of roof types. We provide free quotes to every client and every roofing contractor on our team carries a certified contractor license.

We also provide comprehensive financing options to ensure our roofing services are affordable for everyone.

Call us at 850-332-3807 or leave us a message to learn more about what makes us one of the best roofing companies in Pensacola FL.