Green Roofing Benefits and Why You Should Consider it 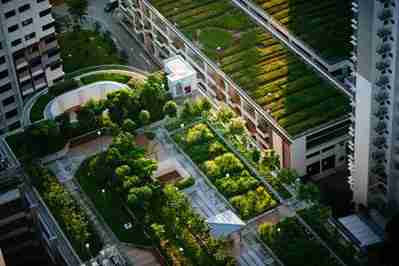 What Are Green Roofs?

A green roof is a vegetation coating that is planted on top of a waterproofing system on a leveled or slightly inclined roof. Green roofs are also referred to as vegetative or eco-roofs. An extensive green roof has a shallow growing medium—usually less than six inches—a small roof load, limited plant diversity, and is generally inaccessible, despite the lack of clear standards.

Intensive green roofs include more soil and a deeper growing medium (up to several feet) to support a wider variety of plants, including small trees. As a result, they bear more structural loads and require more frequent care and watering.They’re typically reachable. Both forms of green roofs can be found on semi-intensive green roofs.

Now that you know what green roofs are, let’s dive right into their benefits that make them so appealing.

Usually, a green roof installation entails higher costs compared to regular roofs but the economic benefits this roof type offers truly makes it worth it. Green roofs are popular for the energy cost savings they offer since the roofing system has an improved R-value and reduced temperatures, eventually lowering HVAC loads. Moreover, this roofing system can increase the marketability and worthof a home, especially in metropolitan regions where green spacesare scarce.

A valuation study conducted by the University of Michigan compared a 2,000 square meter traditional roof to a green roof.The study examined a variety of green roof benefits, including stormwater management, increased health benefits from reduced pollutants, and energy savings. A green roof is expected to save around $200,000 over its expected 40-year lifespan, about two-thirds of which would come from lower energy expenditures.

However, the economic benefits of each green roof depend entirely on its blueprint, location, environment, and the structure itself. In simpler words, the benefits vary for each green roof. 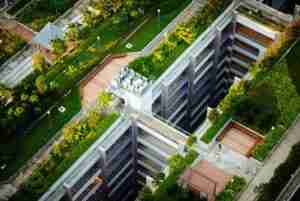 The urban heat island effect is a phenomenon in which cities’ temperatures are usually greater than neighboring rural areas. Cities tend to have numerous paved surfaces that soak up solar power and emit it as warmth, raising the local air temperature. For instance, in summers, the everyday lowest temperature in New York City is almost 7.2ºF hotter than   nearby suburban and rural areas. Unfortunately, these temperatures are higher during heat waves.

Green roofs don’t just help lessen the urban heat island effect, but they can also evaporate water and dampness from the plants through solar radiation. This phenomenon is known as evapotranspiration, and it decreases the roof’s temperature by utilizing the heat in the air to disperse the water.

Dark, heat-absorbing roofs can strain the mechanical systems drastically, which makes it tough for buildings or homes to cool down. On the other hand, green roofs tend to decrease the roof’s temperature, reducing the building’s temperature too. Moreover, green roofs have additional layers that offer insulation. This minimizes the heat entering the building, provides insulation in the warmer seasons, and decreases the HVAC cooling loads.

However, there’s one thing to remember:It doesn’t eliminate the need for further thermal insulation. Buildings with a high roof-to-wall ratio benefit the most. In addition, the extra layers of roofing and growth material also serve to reduce noise from mechanical equipment on the roofs.

A green roof shields the roofing components from direct ultraviolet light and harsh temperatures, extending the life of a roofing system. As a result, the roof structure may require less maintenance, helping save money on roofing system replacement expenses inthe long run. When compared to a regular roof, a well–maintained green roof can easily survive for twice its regular lifespan. 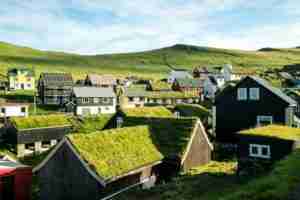 By providing an aesthetically beautiful view or environment for meetings or recreation, an accessible green roof expands urban green space and improves the comfort and enjoyment of the building’s occupants. Some green roofs include herbs and vegetables that can be picked for use by the building’s residents or the community. Insects and birds who have lost their natural habitat owing to urban development and the lack of green space may find refuge on green roofs. 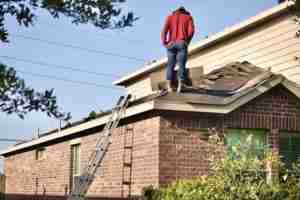 Are you considering getting roof maintenance services but aren’t sure which roofing company to contact? Well, don’t stress! We bring you the top roof company in Pensacola, Fl—Certified Pro Roofing!

Contactusright away with the best roof company in Pensacola, Fl.